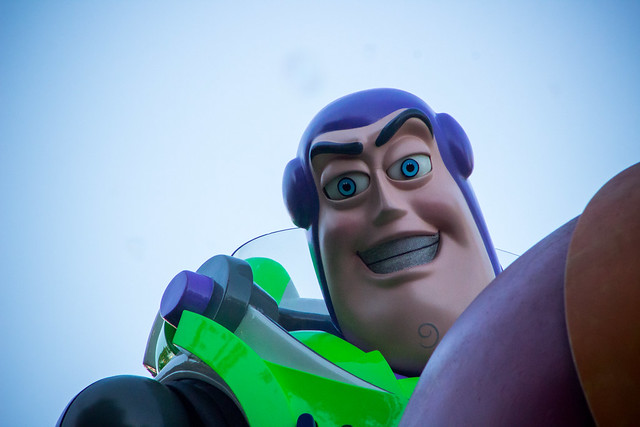 Pixar is one of the most beloved and promoted production companies of all time. Children, teenagers and adults all flock to cinemas to see the newest animated masterpiece, and are seldom disappointed. Along with delivering original, entertaining and beautifully animated films, Pixar also strives to maintain a “Pixar culture”. One of the ways they achieve their culture is by carefully placing dozens of “Easter Eggs” into each and every film. While these are inside jokes for the Pixar team, they provide an exciting scavenger hunt for its loyal fans. Here are five of the best Pixar Easter Eggs to appear (however briefly) throughout the fourteen recently released Pixar films.

Unlike the rest of the Easter Eggs on this list, this specific Egg is a one-off find, but it is also one of the most heartwarming Eggs that Pixar has incorporated to date. In Toy Story 3, a postcard can be seen on Andy’s bulletin board (tucked behind a college acceptance letter) from Carl and Ellie Fredrickson, the married couple that brought full-fledged adults to tears in cinemas in Up! Viewers are never told the nature of Andy’s relationship with the Fredricksons, but the placement of his postcard suggests that they were very important in his life.

With each film, the Pixar universe becomes a little more developed as its own world, and the repeated use of two fictional companies strengthens this perception. “Buy and Large” is a fictional mega-company in the Pixar universe that first appeared in Wall-E as the company that sold, well, everything. It has since been seen in Up! and Toy Story 3. The oil company “Dinoco” was first spotted as a gas station in Toy Story and has been used in both Cars installments, as well as briefly in Wall-E.

At the very end of Monster’s Inc., Boo gives three of her toys away to Scully before he leaves her. If viewers overlook the pain in their hearts at this scene, they can spot three Easter Eggs at once. The toys Boo gives away are: the Luxo ball, a Jessie cowgirl doll, and a Nemo clownfish toy. The Luxo ball is an identifiable Easter Egg from many Pixar shorts and features, which fans happily look for in each story. Jessie is obviously from Toy Story 2, and a nice homage to the film. The most interesting one, however, is the Nemo clownfish toy. Why? Because Finding Nemo was still two years away from being released when Monster’s Inc was released.

In Toy Story,audiences were first introduced to the delicious arcade/restaurant known as Pizza Planet, and subsequently introduced to the iconic Pizza Planet delivery truck. With the exception of The Incredibles, that same truck has appeared in every Pixar feature film production. Despite its easily recognizable features, the truck is one of the more difficult Easter Eggs to spot, and is therefore a particular treasure to be found by Pixar Easter Egg hunters. Where can you find it? Parked outside the trailer that appears in both A Bug’s Life and Monster’s Inc., driving over the Seine in Ratatouille, and as a wood carving in the car-less Brave.

Perhaps the most famous of Pixar’s Easter Egg – and deservedly so. It appears in every Pixar film.  “A113” refers to a classroom at CalArts, the alma mater of John Lasseter, Brad Bird and many other Pixar team members. Although used by many alumni, Pixar and not, the code is synonymous with Pixar Easter Eggs and is eagerly sought out by Pixar enthusiasts upon new releases. Where can you find it? A license plate in Toy Story, the directive code in Wall-E, and in Roman Numerals in Brave – just to name a few.Donna is a geeky kid at heat. She works at Edictive as a network and marketing manager and loves working in creative film industry.