I enjoy two types of PC games mostly and those are Real Time Strategy (RTS) Games and Role Playing Games (RPG) games. I have not purchased a PC game in about two years for my computer (not since Guild Wars and the expansion packs). I did purchase Starcraft Gold Box for my son and play with him over the LAN, but I don’t consider that purchase for myself (I did purchase and play Starcraft I and Brood Wars back in the late 90’s, ironic that I had to buy the same game again 14 years later).

Starcraft II: Wings of Liberty will likely be the next PC Game I purchase when it releases on July 27th 2010. I am such a fan of Blizzard and the teaser trailers have been so amazing that I am looking forward to delving into the Real Time Strategy game series that set the bar so high over a decade ago. I have heard some negative things about the Battle.NET 2 and how it works, I also don’t even know if it will support playing my son over our local LAN without Battle.NET like the original did. But I don’t really care very much either way, unlike most people who play RTS games I play them for the Single Player Story mode. I don’t really have the time to do constant WAN battles with other live players. I enjoy games where I can join, play for thirty minutes then save it and continue where I left off at a later date.

So I will likely play Starcraft II: Wings of Liberty just for its single player mode and storyline, but unlike with StarCraft 1 where I took an entire week vacation to play the game. I will likely only be able to play StarCraft II on nights and weekends (I am just too busy at work to take vacation just to play a game during the day). Though I miss the days when I could take time off to do just such trivial things.

Who else is looking forward to StarCraft II and do you think the hype and the legendary Blizzard Entertainment will have another winner? 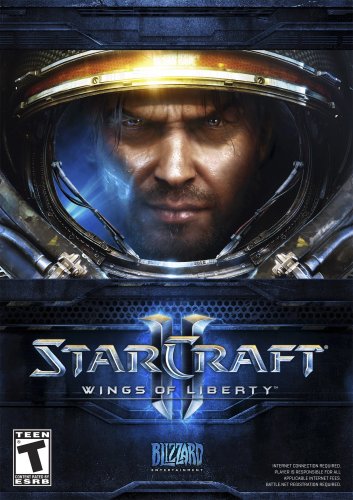