So maybe you have seen all the dozen or so YouTube vids on my channel with Hearthstone matches, but something about this card game brings out the competitive nature in me that Magic the Gathering did back in the day when I had free time to play and people to play with.  Now with the advent of online card games I have dabbled in several of them, but the fast and furious pace of Hearthstone tends to be the most fun I have had in a while. 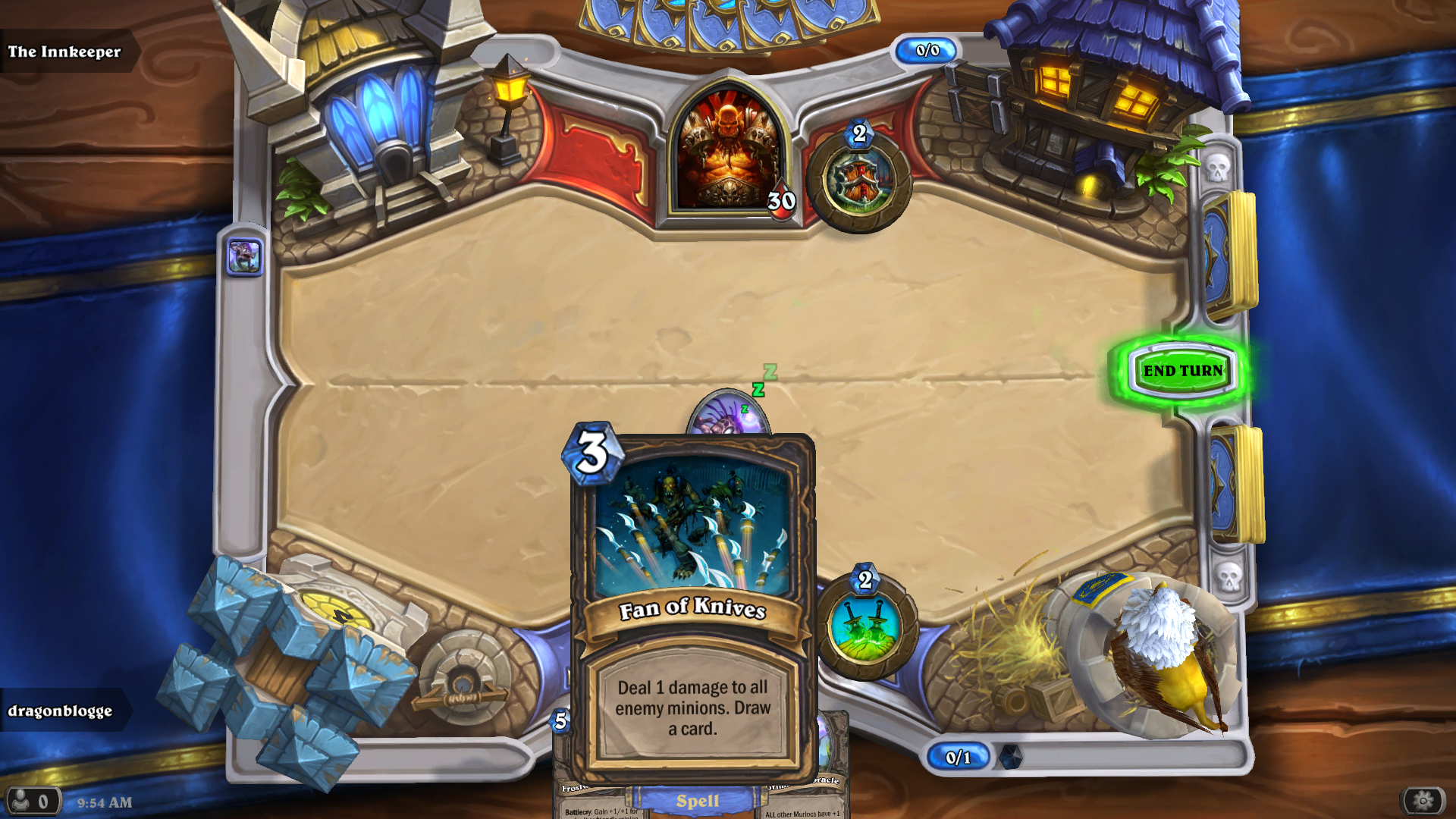 Now Hearthstone: Heroes of Warcraft is not as complex or detailed as Magic the Gathering, there is no ability to play interrupts or cards while it is your opponents turn so that element of interrupting is lost, you do have a secret card you can play which triggers on certain events but that isn’t the same thing as reserving mana to play an interrupt on an opponents turn.  Still the fact that you only have 30 card decks compared to the rather large decks in Magic means you have to have very lean choices and the game is extremely fast paced though in casual mode players can stall their turns for too long without penalty of timeout.  Ranked matches give them about 90 seconds per turn it would appear but they can still drag matches out if they are sore losers and just waste time until the end of their turn, it isn’t insufferable though.

Meanwhile, I find that I get trounced more often than not as a result of my decks being new and weak, I don’t pay for packs or cards, so playing on skill alone and when a player has an epic card it really shifts the balance of the whole game in their favor.

Enjoy some recorded matches if you are curious to see how it plays.

Anyone else playing Hearthstone?