I was browsing around for games online to see what might come after Starcraft 2 and I saw that Final Fantasy XIV is coming out for the PC and is a MMORPG game that looks to be pretty impressive. 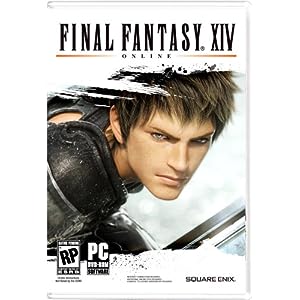 The game features five playable races, several classes with dozens of abilities and much of what you would expect from an MMORPG game.  The fact that it is set with Final Fantasy theme and created by Square Enix means it probably will be exceptional.

I didn’t get into the Final Fantasy XIII MMORPG game because I didn’t want to commit to monthly fees for a game I wouldn’t play that much.

Final Fantasy XIV may change my mind after watching some of the animations and artwork for some of the creatures.

This looks like a game that might be worth pre-ordering and playing.  I have been a huge fan of Square Enix games and particularly the Final Fantasy series since the early 1990’s with Final Fantasy for Nintendo.  I just don’t own a PS3 or a Wii so didn’t get a chance to play Final Fantasy XII myself, but did play X and X-II the sequel which I enjoyed immensely.

As I don’t have as much time to game lately, I liked the linear game style where you just followed the story.  Games that are too open ended can end up costing too much time and that is something I don’t have as of late.