So the family just recently got back from our first family cruise in over 6 years as we hadn’t done a cruise since my boys where 5 and 2 and that was a Disney cruise so many years ago I can barely remember.  What’s worse is the kids were too young at the time and neither one has an memory of the Disney cruise at all, only pictures that prove they were on it.

So this time we did the Carnival cruise and were aboard the Miracle ship, we drove to Long Beach which is only 1.5 hours without traffic from where we live and is nice to be able to drive to the major port the ship leaves out of without having to fly like we did from Arizona.  We departed on Saturday 4/4 and our adventure began.  One great thing about this 7 day cruise was not just the ports but the activities to keep the family busy all day long as well as the wide variety of food.

Food there was, there is no joke when people say you will get fat on a cruise, it is 24 hour of non-stop food and they had a 24 hour Pizza bar which served up very good pizza, better than almost all delivery places all day long.  But the formal dining is where it’s at, and while I can tell you from experience that the cuisine is a bit higher quality on Royal Caribbean cruises from past cruises with the wife the food is still very fine nonetheless.

What I really like is each night of the reservation dinner night, they have a varied menu but one thing they have that I didn’t see in previous cruises is a “Try It” item, which is 1 rare or exotic food dish that is meant for people to try something new and different.  It usually is a starter that stands out and is highlighted and my oldest son Mason who is 11 was eager to broaden his culinary horizons. 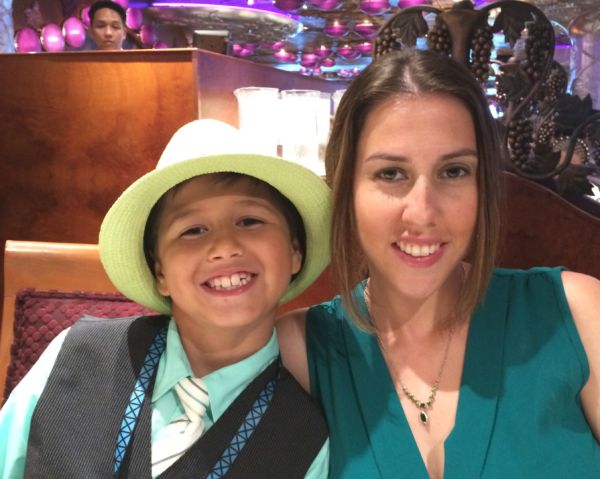 One night we dined on Alligator Fritters which were fantastic, while another night Braised Ox Tongue was the option.  Escargot on another night and Frogs Legs soaked in heavy butter on yet another evening.  All were tried and only my 8 year old wouldn’t eat or try anything that wasn’t Pizza, Chicken Nuggets, Chicken Breast, French Fries or White Rice.  This was a great experience and my wife used it to help teach the kids formal dining etiquette (at least enforce it more).  Ironically unlike most previous cruises I took less pictures on this vacation than any previous vacation.  Nobody brought laptops, and I didn’t even bring my iPad. My phone was used only for minor check-ins at port and for telling time but was no good with no signal most of the time at sea.  The kids had Kindle Fire HDX tablets only to entertain them at bed time but generally had extermely little technology time other than maybe 1/2 hour per day on the tablets.

We did shows every evening, one night was a juggling act which was my son’s favorite of the whole trip with the worlds fastest juggler.  They also have Stand Up Comedy every single night and we had a great time watching those as well.  Music performances were good on most evenings and varied from 80’s shows to others.  And this was the cruise itself, didn’t even talk about what we did at the ports.

In Cabo San Lucas where we visited 2 days, the first day was just exploring and shopping, we ate at a local Oyster bar after eating at Cabo Wabo and I had way too many oysters as it turns out.  The kids found new Fedora hats which they love to wear whenever they can and show them off, the haggled with their own merchants to get the best price possible as well.  On the 2nd day we did the Salsa and Salsa Excursion where for 3 hours we made 7 different salsa’s and the boys were even put up front and competed with each other on which one would make the best salsa with all participants tasting and judging their salsa’s.  They also did a little bit of the salsa dance lesson, okay only Oliver who is 8 did, Mason stayed seated and watched for this one. 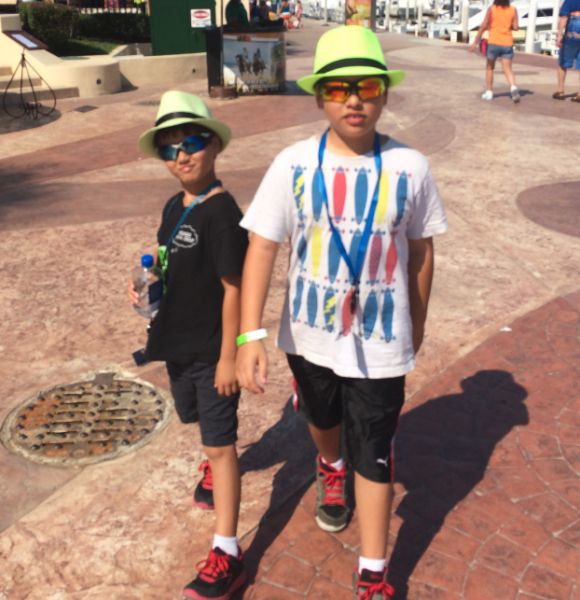 In Puerto Vallarta is where we had the real magic too, swimming with Sea Lions was the excursion and it was a blast, we had some of the most fun times and a video and pictures to show it.  They were very well trained as we swam, pet and played with two 11 and 13 year old sea lion females and learned more about them.

Here is video of our Sea Lion adventure.

All in all, if you ever are in a position where you can afford a cruise vacation with the family, it is a fantastic way to spend quality time together (or get some time apart) they have clubs where the kids can be dropped off and you can get alone time as adults and not parents too, though I will say my 8 year old liked the club some days and not others, and my 11 year old hated the club often just tagging along with us even through the 90’s trivia events and other time fillers rather than hang with his peers.  For his age group there was too much dancing and music, and activities that didn’t interest him.  They do have like Wii games and entertainment but it is usually crowded, and they complained about the quality of the monitors, equipment, games and other activities were a little limited.  I think if the retro-fit the kids club and added a little more modern type of activities it would be better, just setup a bunch of computers with Minecraft or something

All in all, it was a fantastic vacation and much needed after an extremely difficult 2014 that my family had.  My wife and I did come down with a cold on Thursday two days before we got back to CA, and we read in the news that another ship in the same port 1 day later over 100 passengers came down with stomach virus which we were thankful nothing like that happened on our ship and nobody got anything that I know of other than the common cold.  Viruses do spread easily in ships, so if you do cruise make sure you are using hand sanitizer OFTEN, coughing in your inner elbow, and wash hands very often.

Nothing like leaving the door open while sleeping and getting the ocean breeze in your cabin! 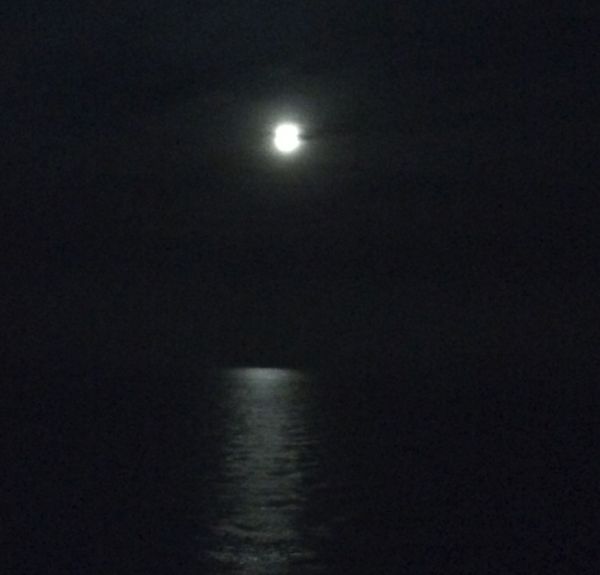