Last weekend we spend time in Encinitas, CA where on Saturday we had went down to South Ponto beach during low tide and the ocean had pulled back away from the jetties.  It was during this walk that we discovered dozens of various star fish clinging to the rocks eating the black mussels covering the jetties.

The star fish were mostly purple and some were horned, while others were orange.  I started to peel them off the rocks to show them to my kids and people came from everywhere to look at them, I handed them to kids and parents alike and we all just marveled at all the sea life. 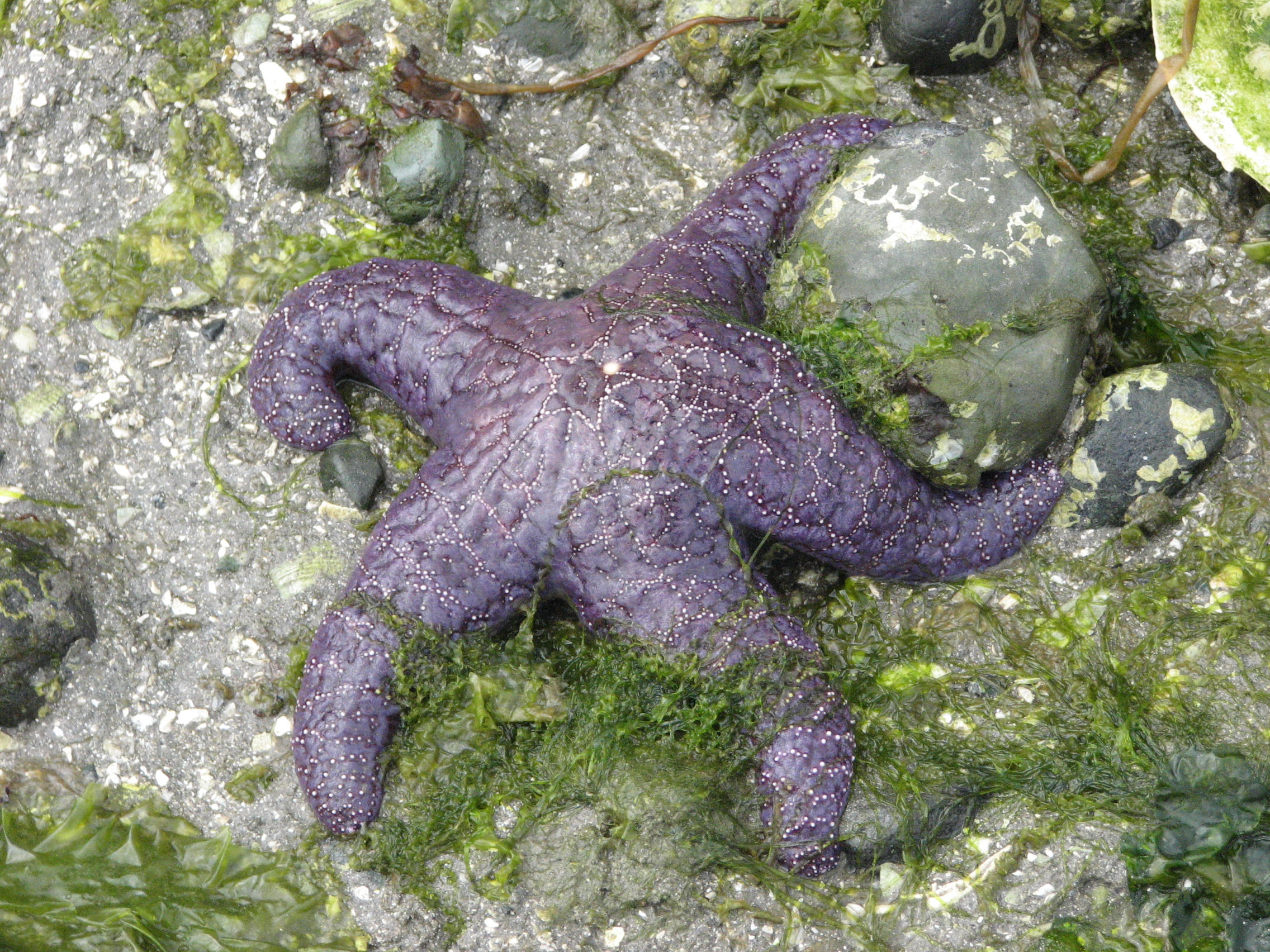 It turns out they are Ochre Sea Stars, which are very common but being that I am from New York originally I never saw giant purple starfish before up close except at an aquarium.  It was amazing to hold these things up which were the size of dinner plates and some had mussels still in their beaks and mouths when I extracted them from the rocks.

All star fish were returned to the water and rocks when we were done observing them and it was like a discovery show with me as the host.  I also read that they can live at least 3-4 years but in some cases up to 20 years if they survive long enough.

Either way they were amazing to look at and hold, and they have the tightest grip on hard surfaces.

In addition to the Starfish there were Starburst Anemone’s all over the rock alcoves as well and they would kind of grab on to your finger and pull if you touched them.

One cool fact about these Starburst Anemone’s I read is that they move around and when two anemones touch tentacles they unleash their fighting tentacles and battle until one of them gives up and decides to move along.