So I was heavily into Pokemon GO like so many when came out a few weeks ago but this kind of tapered off a little as the distraction was taking time away from doing blogging and product reviews after hours.  Though I did enjoy clocking the 40KM of walking in 6 days which is way above my normal run/jogging distances for such a short time frame.  I have seen all of the media frenzy around Nintendo stock skyrocketing and then plummeting as people realize that Nintendo doesn’t make the game (never did, don’t even have a logo on it) and only a small share of the profits go to Nintendo from microtransactions.  The frenzy however behind the game has fueled everything from conspiracies (government agencies using it to track and catch people) to agencies or companies wanting to turn Pokemon GO players into Sheeple.

In truth, Augmented Reality games are on the verge of breaking out along with Virtual Reality games, this one just happened to hit on the niche of that explosion of interest.  It is likely to be that AR is going to come out and be a big hit with casual players like the Nintendo Wii was and then after a few years the market may become so saturated with AR games that the buzz and hype just die down.  One thing I did appreciate about Pokemon GO and see potential for is that there is a real desire for casual gamers (especially on mobile devices) to congregate and connect in person.  People are social creatures and sometimes just socializing online on chats isn’t enough to really bring that closeness.  This is why I personally have always loved couch co-op play where a split screen side by side with 4 people where you can be in the moment instead of just hearing someone.  Being able to share a drink, pizza and just game together in person harks back to my days playing Dungeons and Dragons and the connection of friends playing together in person is lacking in the online MMO space in my opinion still.  This is one reason why I don’t like consoles reducing the number of co-op gaming forcing online only copies, and I miss the days where all PC games had local co-op or LAN Play modes where you only needed to connect the PC’s on your local network to get friends over for a LAN Party.  Warcraft 3 was the last such game where I had engaged in local LAN parties and there were some great times.

So Virtual Reality gaming with headsets like the HTC Vive, Oculus Rift and such will create more immersive virtual worlds where people are still at home gaming and only connecting in the virtual/digital space.  However, AR is where I believe the interaction with real people and the real world begin to blur and getting people together to meet up and play an activity in person yet augmented in some way can be amazing.  Imagine if Pokemon GO were played on something like Google Glasses where you see them in front of you at all times while you are chatting with friends and you can all point and go chasing them together in a park, simply tossing your arm or pretending to or actually throwing a softball to catch them.  The one thing I don’t like is having to hold the phone up in front of my eyes to augment the reality around me, once we have the display moved into thin glasses that are comfortable and virtually indistinguisable from regular glasses we will usher an era into new interactive environments.  Of course the catch is the era of distraction, ensuring that people’s tendency to multi-task and get distracted pull them away from properly driving, or even walking across roads in many cases.  Can we learn to have limits, or have technology that is aware enough to put a pause when an unsafe situation is encountered?

I would love to hear your thoughts, feel free to visit our Facebook Page and share your thoughts on AR and where you think it will be headed, good, bad or just stupid? 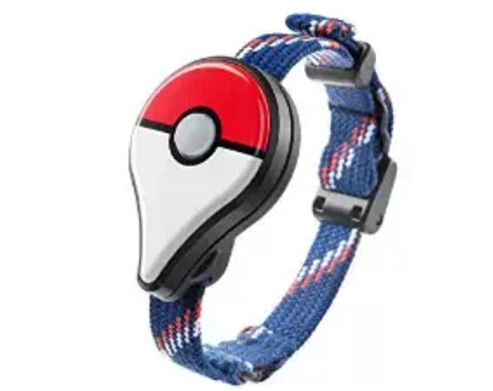