First I thought I would share this review/feedback of Panorama Balloon Tours because not only did they manage to salvage my 15th Wedding Anniversary event, but they had a high number of negative reviews on Yelp which I don’t think did the company deserves at least in my own experience.

First, I did have a balloon adventure scheduled with Sky’s The Limit Ballooning Adventures, but the day of the Hot Air Balloon tour the pilot cancelled saying he was concerned about the winds and the weather.  This was on July 4th and was our 15th year wedding anniversary and while I didn’t doubt the company and they touted safety above all else, I was curious to know if any other balloon companies were flying that day or would say the same weather issues were problematic.

As it turns out, a few other balloon companies and pilots were not flying due to concerns about the wind, but, Panorama Balloon Tours told me they would go up that evening (at least unless they made a different decision at time of arriving at launch site).  We arrived at the meet up point which was meeting a silver van in a lot at 2730 Via de la Valle directly off of I-5 in Del Mar, which is a little informal but hey I don’t need a company to own an office as long as everything goes ok. 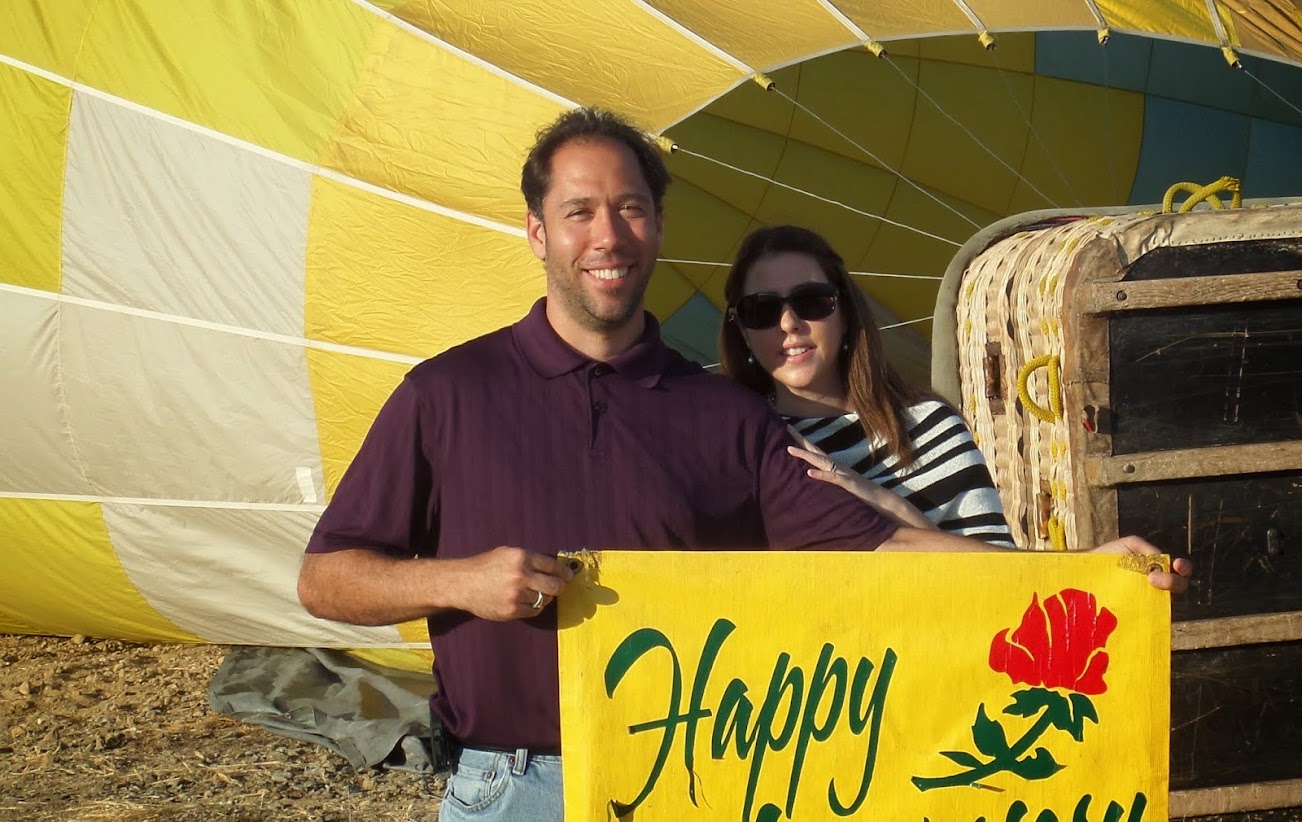 Jaime the owner was very accommodating in being able to get us into a balloon flight with literally a few hours notice and our basket was at capacity with 12 people including my wife and I, plus the Pilot.  So they just had room to fit 2 more in.  The van took us to the launch site and it was about 15 minute drive away. 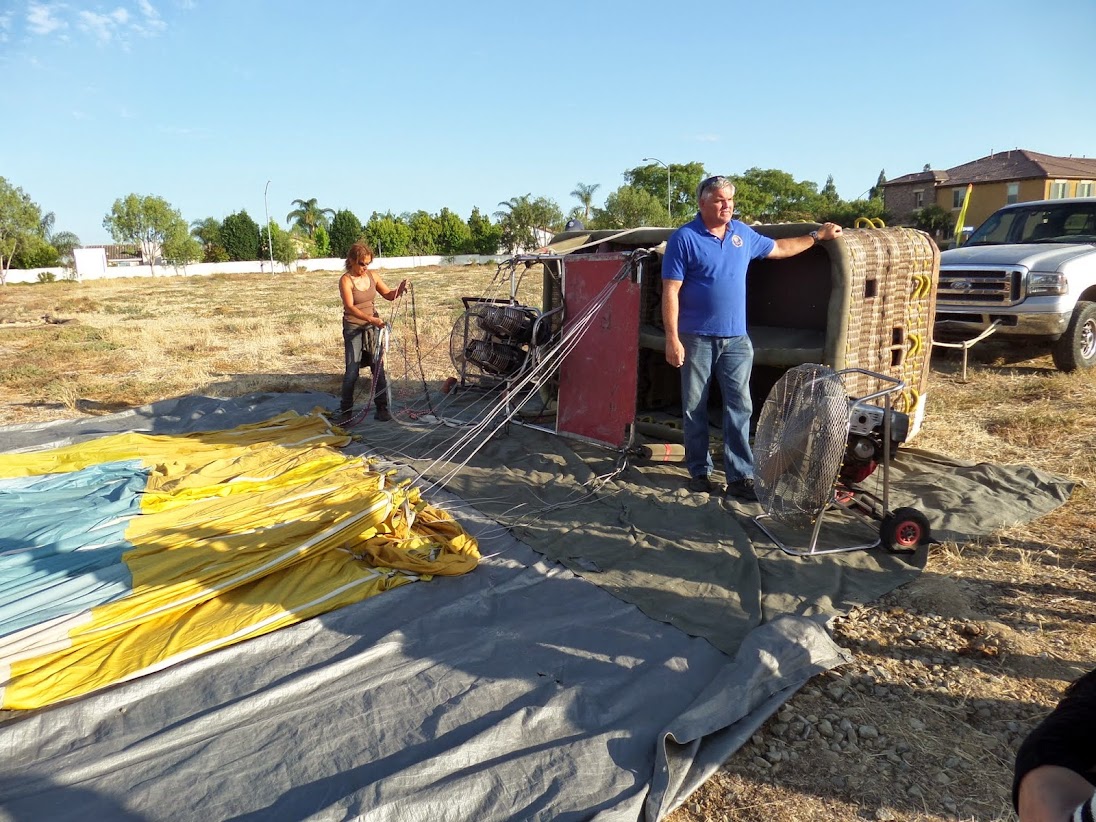 First off, the pilot was Phil and from even the Yelp reviews they all say Phil is an excellent balloon pilot aka. Aeronaut.  He was friendly and briefed on safety tips while the balloon was being spread out with the basket on it’s side.  Explained how to climb into the basket, where to grab and hold, how to brace for when the basket touches down and went over other tips and information. 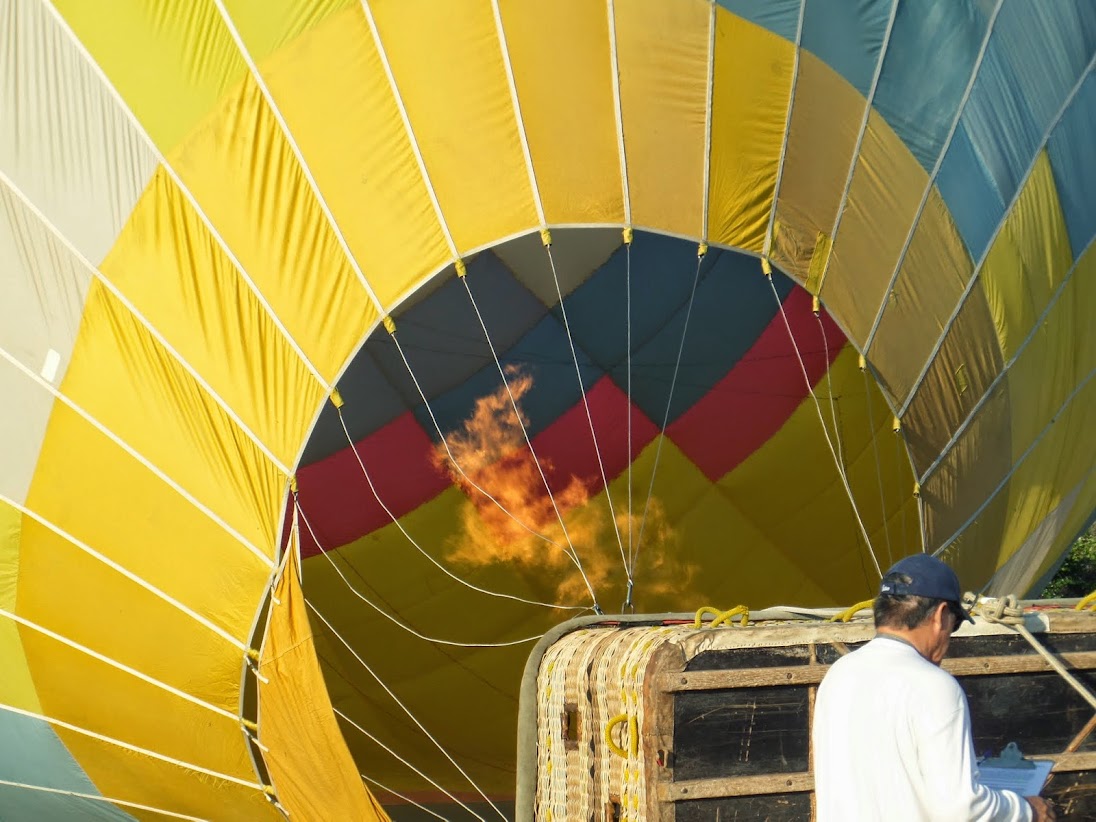 The balloon ride itself was unbelievably smooth, this was my first hot air balloon ride, I couldn’t believe how calm and the feeling of floating exists, it was less turbulent than being on any plane.  You literally float up and horizontally and if you look at the balloon rotating you get a little bit of a dizzy sensation (at least I did) as your body expects more physical sensation to match the motion it sees.  I did have some of my acrophobia kick in and was panicked to look over the edge, especially for the first 40 feet while the balloon ascended very rapidly. 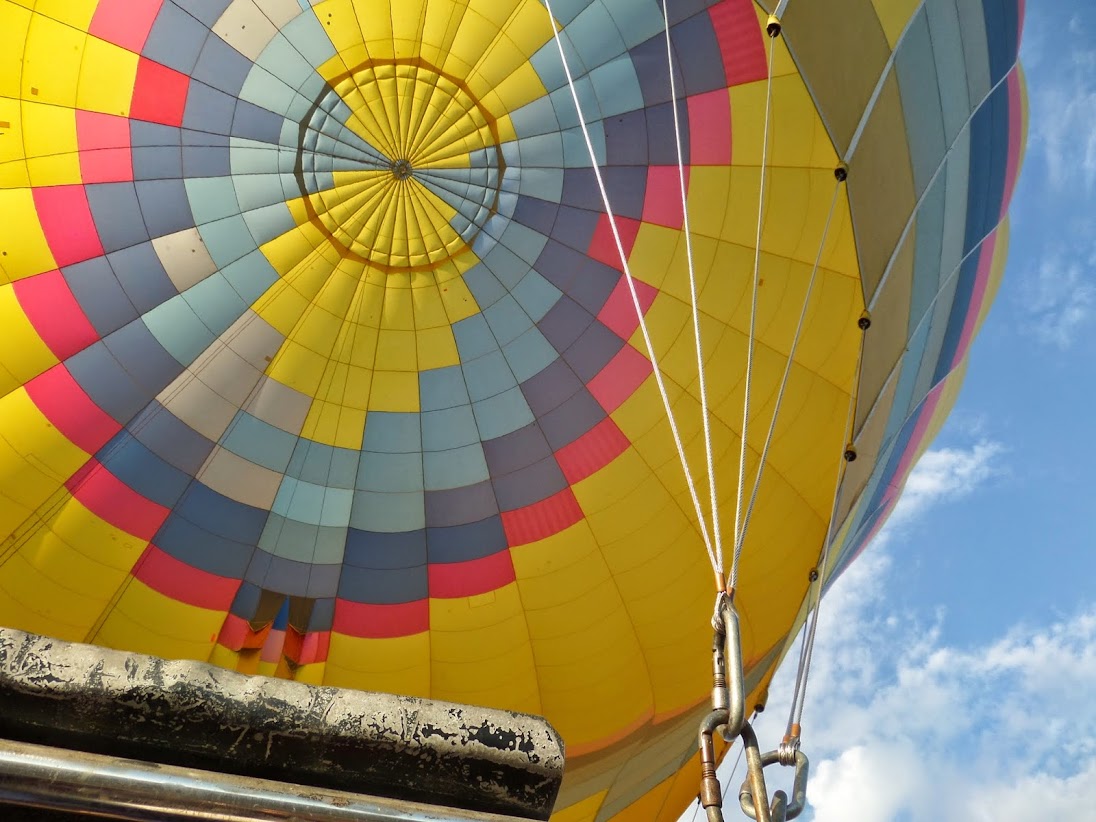 We flew over millionaire homes and saw a large part of the beautiful Del Mar area with the ocean and mountains in the distance and watched the sunset from the balloon.  The total flight was about 1 hour and 12 minutes and the touchdown was much smoother than we were prepared for with barely a bump.  The flight was most enjoyable, went without a hitch and the pilot did his tour guide and stories the entire time to which everyone appeared entertained and enjoyed it.  We had cheap champagne and sparkling cider for those who couldn’t drink after the flight, and then all shuttled back to where we had parked. 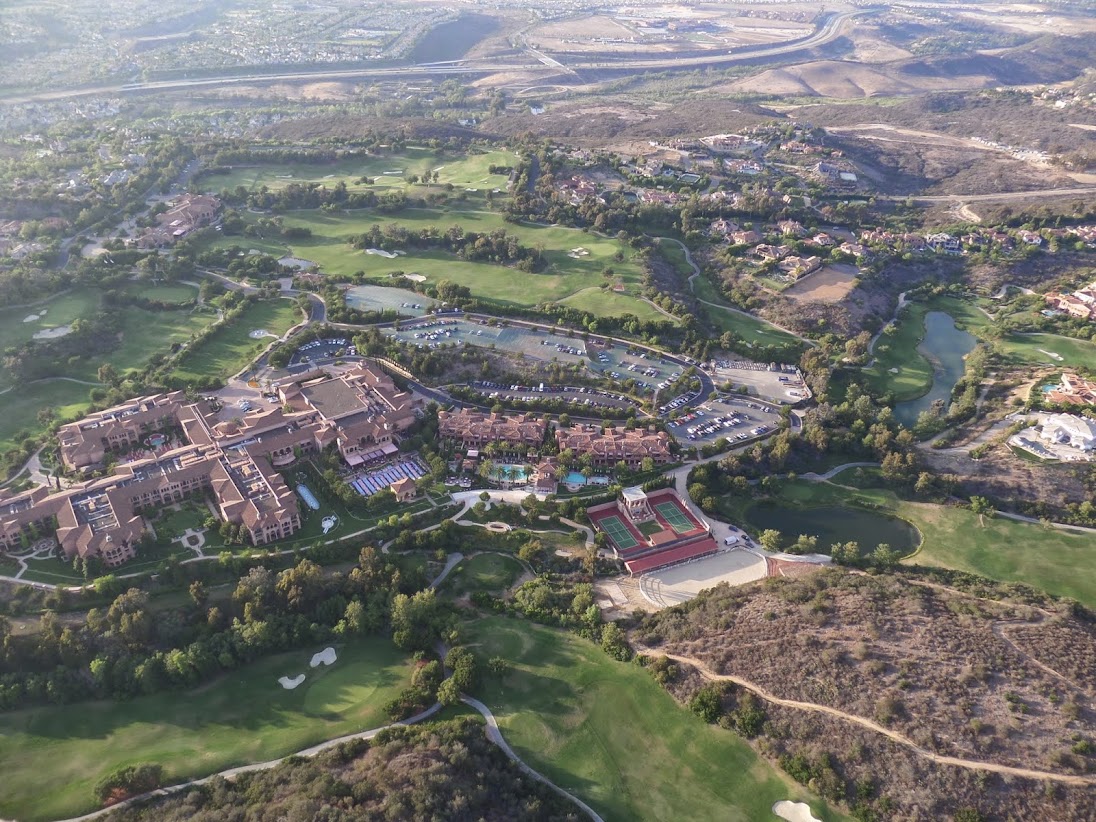 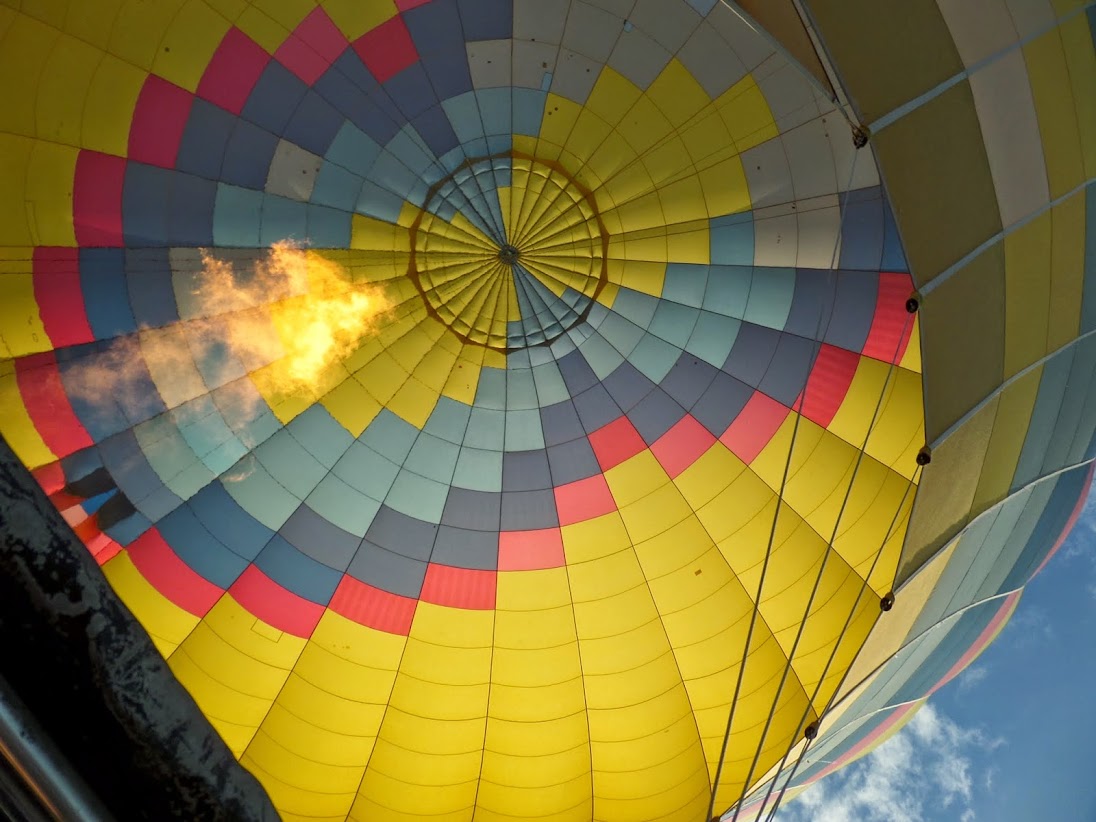 Now, I can tell you we didn’t have a Living Social, or Groupon or any discount, so we paid the full couple price for the Hot Air balloon ride as was expected for no notice and to save an Anniversary event.  But their full price was $20 cheaper than Sky’s The Limit and I wound up saving $20 anyway.  I will say most of the negative reviews on Yelp are about the Groupon or coupon not being accepted, or not valid for certain date ranges.  Some talks about Jaime being rude, but I personally experienced no rudeness at all he just had the paperwork for waivers, offered to take our pictures and explained everything.  I thought he did all the things right as a business owner at least in our situation. 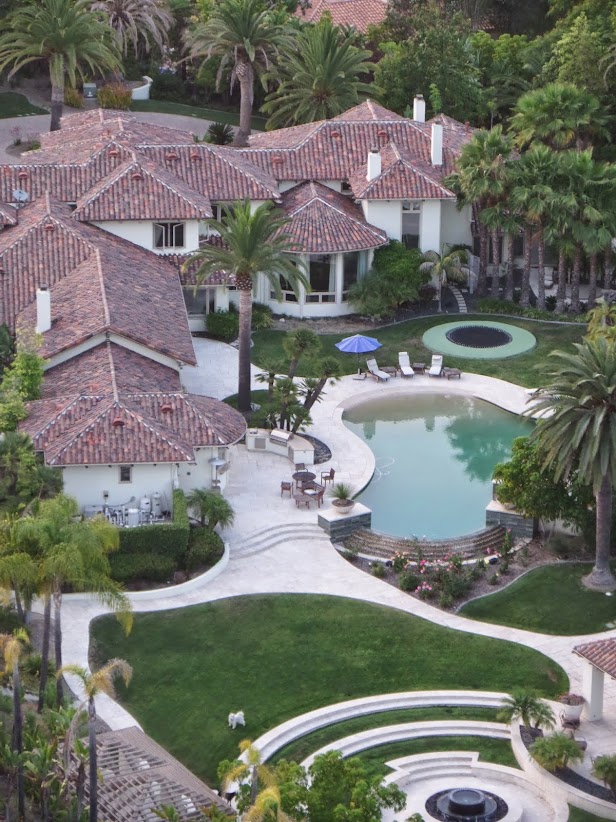 If you are in the Del Mar/Carlsbad area and looking for a Hot Air Balloon Ride, then I can tell you that I had a positive experience with Panorama Balloon Tours http://www.gohotair.com/ I am not saying that Sky’s The Limit isn’t a good company, just that they cancelled on me and Panorama Balloon Tours was able to accommodate.