So my son wanted to spend his earnings on a potato chip maker from Vat19, he loves Vat19 and previously bought a slushy maker and was very impressed with it.  Oliver loves potato chips and this was a way to somewhat get healthier versions that could be made at home in 4-5 minutes from a fresh potato without having to turn on the oven or use a dehydrator.

The Healthy Potato Chip maker is a simple premise, it has a mandolin slicer to slice out thin potato slices which you place on a circular rack and then microwave the slices until they turn into crunchy chips.  They say 4 minutes in the instructions but for me some of the chips were hard and some were still a little chewy after 4 minutes so you may have to play with the time a little bit to find the amount of time that gives you that crunchy chip.  Just remember to let them set for about 3 minutes after the microwave turns off so they can coast cook and cool down before you start eating them. 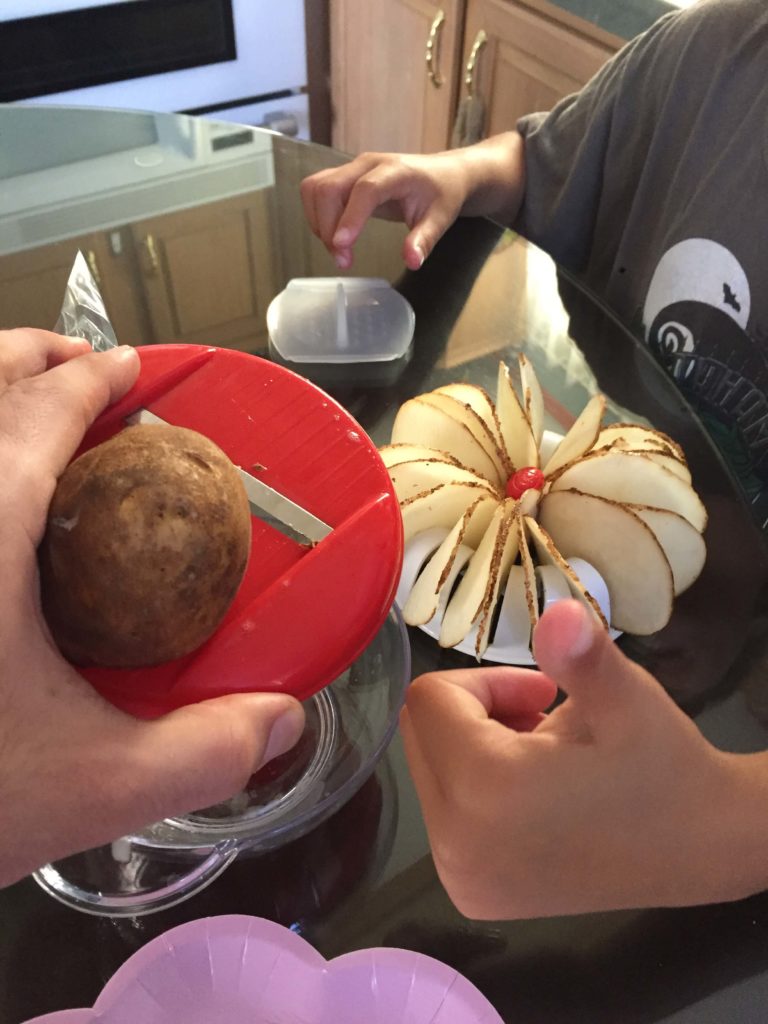 The first thing I will let you know is everything that comes with the kit, this is a clear plastic bowl with a red lid that has a mandolin style slicer.  A white potato slice holding tray and a plastic holder which is supposed to grab one end of the potato so you don’t risk your fingers.  I will tell you that the lid gets knocked off of the container too easily, the mandolin slicer isn’t stable and the plastic piece to hold the potato is not stable for large russet potatoes.  I think this product is way to risky for a kid under 13 to use and I would be the only one slicing the potato for my son Oliver.  I will say that while slicing a thick russet potato on the slicer it takes some force to slice it straight through and because the plastic lid is very light weight and the bowl is also light weight, there doesn’t appear to be enough of a sturdy structure to properly slice a heavy potato easily.

This means I wound up having to make sure I held the lid tightly while slicing quickly and I was always worried the lid would come off of the container bowl even though it fits and slots in place, it isn’t very sturdy.  It should have had some sort of clamp mechanism to hold it firmly in place in my opinion.  I personally think all mandolin slicers are risky though, so just know what you are getting with the slicer.  It does work and you get thin potato slices as you can see in the below picture. 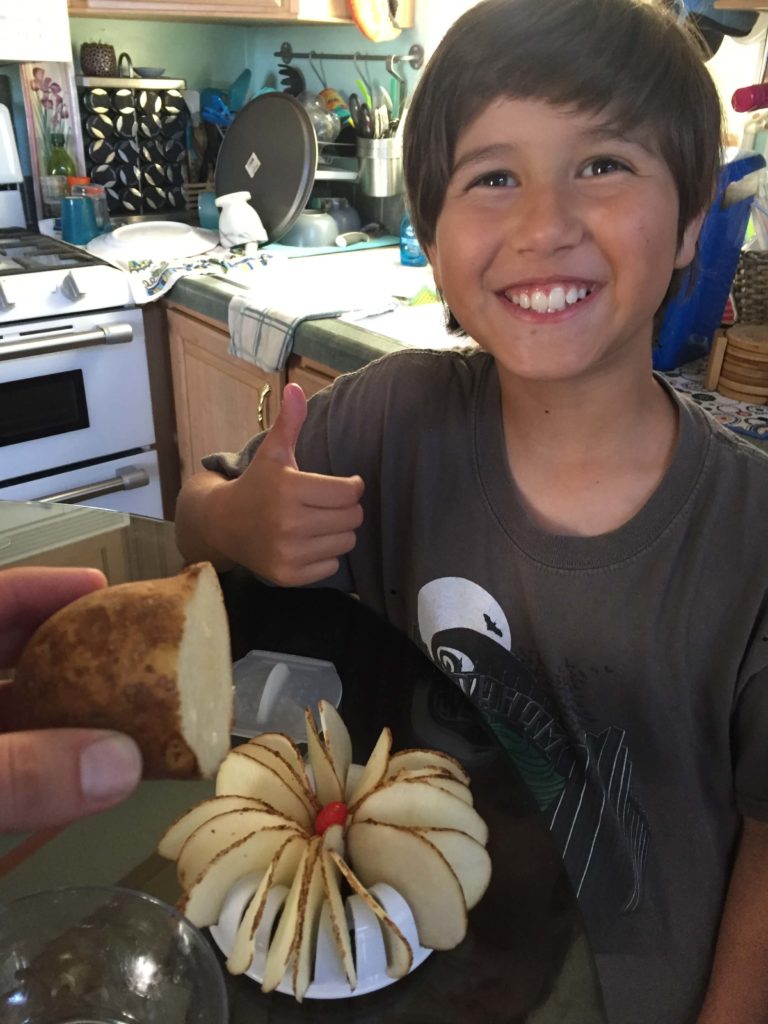 Now after filling the entire chip holder with potato slices you place it on a paper plate or napkin and microwave it for 4 minutes to start according to the instruction and let it sit for 3 minutes to cool down after.  I found I had to microwave it a little longer and you do have to play with times to make sure it cooks the potato slices into chips.  Even Vat19 says you may have to adjust the times because microwaves don’t always all cook at the same wattage.

Before you microwave the chips you can add your flavoring, while the chips are wet from being freshly sliced you can add a little salt, black pepper, paprika or any seasonings or spices that you like.  They will stick to the wet potato chip and it is easier and better to add them before you microwave them into chips than after when they become dry and the spices would just fall off.