Working for the imperials has been a grind for sure, but one worth the effort and today I earned my rank getting me closer to having the authority to purchase the mighty Imperial Cutter the largest cargo capacity civilian ship in the galaxy at the moment.  It was December 30th 3303, and today I decided to take Platinum Dragon out of the hanger bay for a few missions.  Platinum Dragon is the name of my Anaconda and she is a fine ship.  I jumped all over the bubble finding the rare materials to have her engineered, each part enhanced to peak efficiency so that pound for pound she can best any stock Anaconda without getting a scratch. 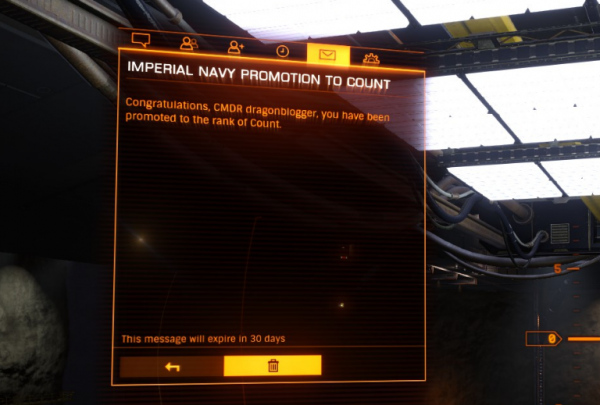